Carlington is a residential neighbourhood in the city of Ottawa, Ontario, Canada. It’s boundaries are:

It is known for having many “war homes” or “veteran homes”, built for returning soldiers after World War II. Many street names reflect this military history.

Another landmark is the Carlington Hill. Formerly it had a ski tow lift; now it is an approved City of Ottawa sledding site.

Carlington is quite a large community in the Ottawa region; the number of amenities we have reflects that.

Note: The outlines of Carlington on the above map are not exact.

This is the most current: 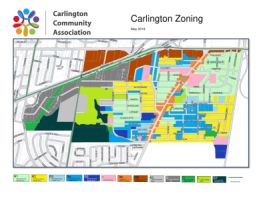